Touring the Islands of Scotland in a Hire / Rental Motorhome

Ferries & Causeways To Each Island 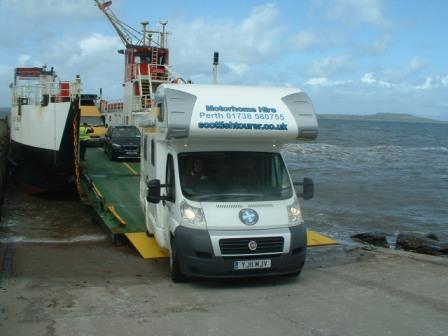 Touring the Islands of Scotland in a Hire / Rental Motorhome

The Outer Hebrides (also known as the Western Isles), one of the most beautiful and remote areas, offer the visitor a unique holiday experience. This 130 mile long chain of islands lies to the north west of Scotland, on the edge of Europe and bordering the wide Atlantic ocean.  All the places mentioned here we have personally been in one of our hire motorhomes when touring Scotland.

There are many rare species of wildlife to be found from otters to golden eagles, to whales and basking sharks.

LEWIS is the largest of the islands in Scotland and about half of the population live in the one and only town, Stornoway. The east coast is mainly sandy beaches and dunes while the Atlantic coast has a rigged form with many cliffs. With fishing and crofting being of importance on Lewis, hotels and restaurants make great use of local produce in their menus we have been here many times in one of our hire motorhomes.

HARRIS is famous for its tweed cloth and is connected by land to Lewis so is not a true island in its own right. North Harris is fairly mountainous and sparsely populated and may become Scotland’s third national park. South Harris has many spectacular white sandy beaches with the beach at Scarista being a popular wind surfing venue, touring here in your hire rental  motorhome is fantastic with miles of empty white sandy beached to camp on.

NORTH UIST is a mainly flat island with many small lochs and white sandy beaches. There are many prehistoric structures including standing stones, cairns and stone circles.there are ample wild camping spots to park your hire motorhome in complete safety.

BENBECULA is connected to North Uist by causeways and is again mainly flat with many lochs and much moorland.

SOUTH UIST is virtually one continuous beach on the west coast while the east coast is mountainous. It is the only place in Great Britain where prehistoric mummies have been found and there are many places or archaeological interest on the island. South Uist is connected to Benbecula and Eriskay by causeway and is a lovely run in your hire / rental motorhome. 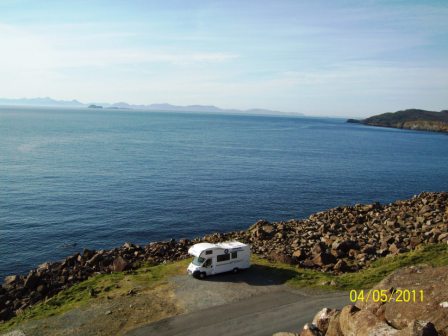 About the Inner Hebrides

Some of the islands are thought to have been inhabited since around 6500BC, there are ancient standing stones and settlements to be found on several of them.
SKYE is the largest and furthest north of the islands and is now linked to mainland Scotland by bridge. The Cuillins are the highest mountains on Skye and are probably the most dramatic mountain terrain in Scotland and is highly recommended by us to tour Skye in your hire / rental motorhome. Sir Edmund Hillary and his team spent much time climbing in the Cuillins in preparation for their successful attempt on Mount Everest in 1953. Bonnie Prince Charlie famously spent some time hiding on Skye after the Battle of Culloden before escaping to France with the help of Flora MacDonald. Dunvegan Castle dates back to the 13th century and is the oldest castle in Scotland to be lived in by the same family (Clan MacLeod) since it was built.

MULL is the second largest island and with its colourful painted houses in the capital, Tobermory, is a popular tourist destination. There are a number of castles and some beautiful beaches to visit on Mull.

IONA is a tiny island off the coast of Mull and is the most sacred place in Scotland. It’s where Saint Columba founded his monastery in 563AD and set out to convert Pagan Scotland to Christianity. Iona Abbey is now an ecumenical church and is of great historical and religious interest to pilgrims and visitors alike. Iona is where many kings of Scotland, Ireland and Norway were buried including Macbeth.

ISLAY is the most southerly of the Inner Hebrides. With its eight distilleries, including Lagavulin, Laphroig and Bowmore, Islay produces some of the most distinctive Scotch Whiskies. Some of the distilleries will let you park your hire / rental motorhome overnight. With its many varied species Islay is also a popular year round destination with birdwatchers. 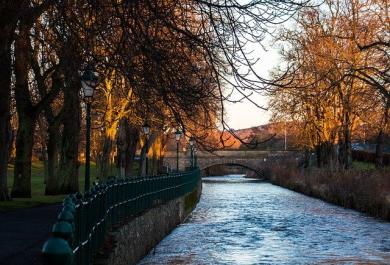 There is something for everyone in the relatively small area Fife. It makes the perfect location for those on short getaways and campervan holidays. 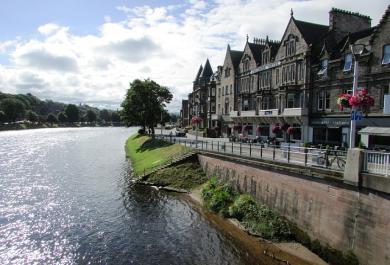 Start your trip from our depot in Perth and then travel to the fantastic Inverness, seeing some of the most beautiful spots in the country along the route.

From April 2022 we will have a fleet of 23 brand new Swift Motorhomes, So when you use us you are guaranteed a new 2022 latest model luxury Motorhome, apart from bedding everything is included in our price there are no hidden extras to pay.