Touring Scotland in a motorhome 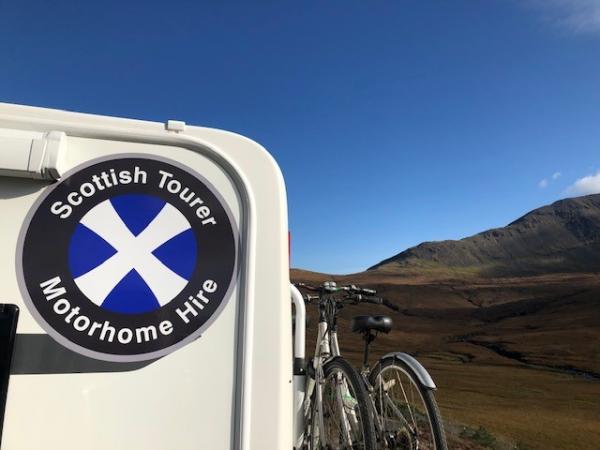 Scotland is well known for its history and culture and castles are a popular tourist destination, but often the best history is that, it isn’t intact anymore. The ruins, the fires, the destruction, tragedy and love is often the driver for people to visit these ruins. The ruins of Scotland are no less remarkable than the intact co-partners you can find. If it’s the story, the build, the demise and the tales you crave then you will not be disappointed by the ones we have chosen so why not combine touring scotland with a motorhome and visiting these remarkable ruins at the same time.

Located just up the A9 from the Scottish Tourer depot. The original castle was built in the 1300s by Sir John Campbell. The Castle was set alight in 1512 due to the fear created by the plague and then fell to the ruins you see today. The part left standing is believed to be part of the corner tower and part of an enclosing wall. The Castle when originally built was surrounded by a Loch which gave it great protection and defence however this was drained in the 18th Century.

At Culloden Moor (near inverness) is a Bronze Age circular chambered tomb. This tomb is not alone as there are actually around 50 to be found all around Inverness. These were built to bury the dead with only 1 or 2 remains being found in each. Here you can explore the history of several of the Cairns and there are lots of information spots to explore the history. There is a large free carpark here and although there are no toilets or café you have your own hotel so you need not worry about refreshments or a quick dash to the toilet. 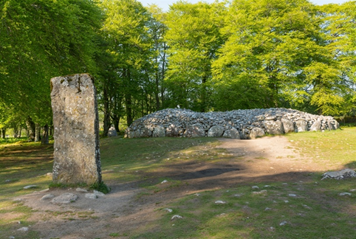 Found on the west coast of Lewis in the Outer Herbrides is well worth the long journey to visit. There are actually several ruins and ritual sites around here so spend some time exploring the area and make the most of your time here. There are a few points of interest to note when visiting, there is the stone circle itself with consists of 13 stones currently of around 3 metres high. However the more impressive stones stand around 1km southeast to the circle. They are thin stones and only five remain standing with two fallen to the ground. In the middle of the circle there is a cairn which measures around 8 and a half metres.

Is located just a short drive from the Scottish Tourer depot towards Dundee. Here you can park  at Newtyle and then head out of the village to start the walk. The Tower itself was designed by Alexander Bryce and the minister of Kirknewton and East Calder then built by James Stuart – Mackenzie in 1766. It was to be used as a observatory and stands at around 39ft tall. The tower is located next to an iron age fort which appears to have never been completed. The tower was saved from demolition in 1974 by the local authority and Cayzer estate when it fell into disrepair. It is a lovely walk up to the tower of around 3.5miles, be sure to pack a picnic as this makes for a lovely day spent in the fresh air. 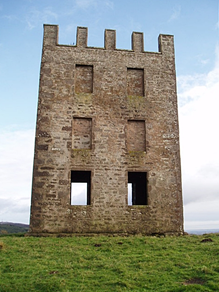 Situated in Shetland. Brochs are what we know would class as a roundhouse. They are particularly interesting as they were only ever found in Scotland and believe to date back to the Iron Age , 300BC. Mousa is an exceptional example of a well built Broch , the walls here are far thicker than the others discovered. There is a stone stair which winds between the walls to the top. Within Scotland you can locate no less than 500 however only around 5 still remain at almost their original height. 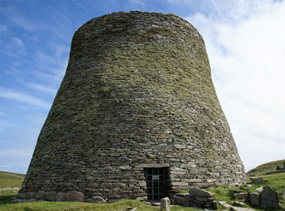 On the Fife Coast is the remains of the largest cathedral and a beautiful church. The houses here are filled with collections of relics and sculptures found on the site. This is a lovely stopping point if passing through Fife as the walls are particularly well intact, even as a ruin it is truly spectacular.

In Oban is somewhat a take on the colosseum found in Rome. The Tower was built at Battery Hill in the 19th Century by John Stuart McCaig. The Stone was found at a local quarry , there was promise of jobs for locals however this was soon squashed when they realised it was a memorial for the McCaigs. Originally there was planned for a museum, statues and a gallery however with the death of McCaig this was halted. There are some wonderful views here and be sure to stop in at the War and Peace Museum whilst you are here. 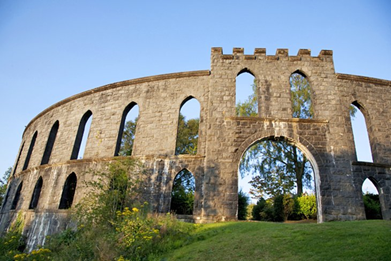 Overlooks Loch Ness and it has a fabulous story to tell. It was taken by the English when Edward I invaded , the Lords of the Isles then seized the castle later in an effort to expand their land. Clan Grant then took on the castle and its repair bills. The castle then saw King James VII demise and he was replace by William II and Mary II, and then finally the castle was vacated after the gatehouse was blown up to prevent the castle from being a protective barrier. 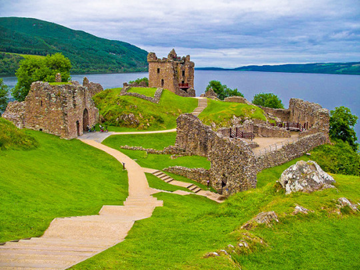 Slightly different to all the rest here in that it is a derelict home found in Airth. Visitors have become interested in the ancestral family home since it has appeared on the Outlander Series as a hospital. This is not a sight to clamber into as it is really as it says, a ruined house so the debris, glass and risks are large. The house itself can be admired from a distance and if you search the home you will find plenty ghost stories. This is a great view if you are following the Outlander film sets on your holiday. There is a wonderful place to stay nearby named the The Pineapple which was once part of the Dunmore estate and was built as a summerhouse by the Earl of Dunmore from where he could admire and enjoy his estate. 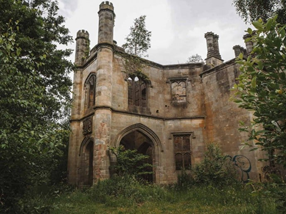 The Lady’s tower at ruby, Elie Fife.  Lady Janet Anstruther of Elie had lady’s tower built in the 1770’s as a summer house, she was a bit of character and not always a sympathetic one.  Lady Janet loved to bathe in the sea, but she also loved her privacy.  Whenever she felt inclined to bathe in the sea, she sent a man through the street of Elie to ring a bell and warn the townsfolk to keep away, she also levelled the village of Balclevie. 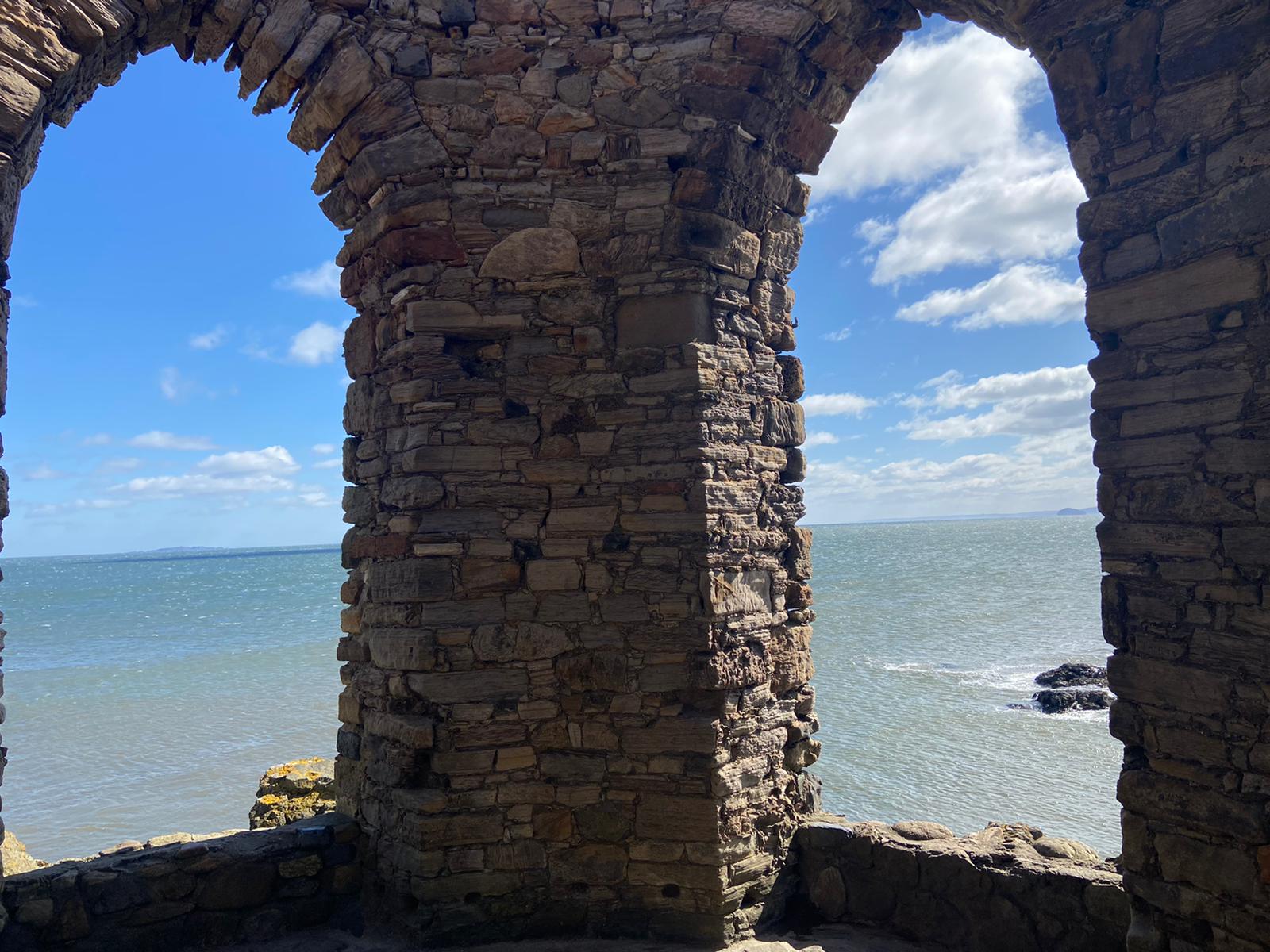 If you happen to be coming to us via Glasgow why not take a look around for some ruins, Lennox Castle has some very dark secrets encased in its walls. The Castle was built in the 1830s and it was then turned into a psychiatric hospital. When Lennox Castle opened it was said to be beyond its times and the best equipped in Britain. However it fell into disrepair and it closed its doors in 2002 to make way for modern psychiatric units. In 2007 Celtic football club built their new facility on the grounds and it can be seen looming behind then as they train.

The list of ruins to visit in Scotland could go on and on. There are so many wonderful places to explore with dark and eerie histories to go alongside them. Why not search for ruins once you have planned your route. And be sure to let us know if they were worth a visit. Please be careful exploring any ruins that are not manned as a tour as they will be dangerous. Most are better observed from a distance, the researching behind the ruins really lets your imaginations run wild and sparks conversations on your holiday. Let us take you away from the stress and rat race of day to day life, transport yourself back in time and step into Scotland’s past.
www.scottishtourer.co.uk