Visiting 8 Haunts Of Scotland In A Motorhome 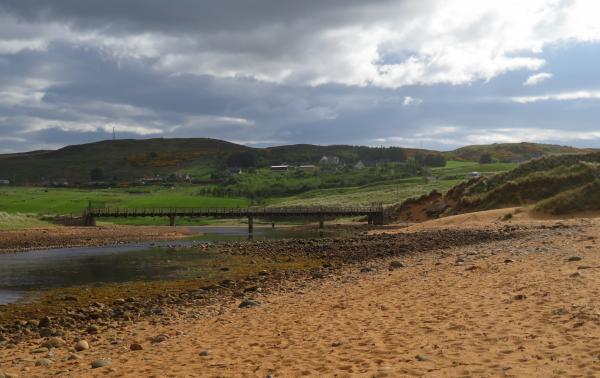 Visiting 8 Haunts Of Scotland In A Motorhome

Fancy a different twist on your next holiday? Why not try out some haunted locations to add some spookiness into your trip. In Scotland there are plenty of places to offer that spine chilling, teeth chattering, out of this world experiences. From spooky castles, creepy houses to the fog covered moors there is something to be found whichever route you choose with Scottish Tourer.

Glencoe was the scene of a brutal massacre in 1692, it is one of the most devastating and brutal pieces of Scottish history. As the story is told there were a group of soldiers, who were top act as friends of their visitors before then setting attack upon them. Here there were 38 men women and children murdered whilst they slept, some managed to flee the devastating scene to the nearby mountain range but succumbed to the weather and the elements. There are many rumours that people have seen people fleeing, eerie screams echoing and shadows and movement of people sneaking. 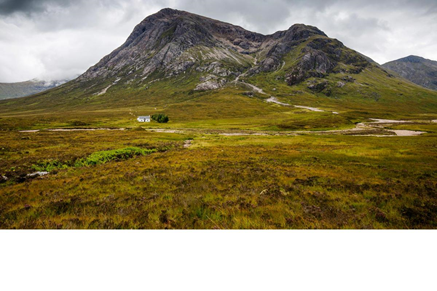 Culloden battlefield by Inverness is steeped in history and is taught to many of us whilst in education. It’s a popular spot to visit on any trip to Scotland. However if its ghost hunting your after there are plenty of spooky stories to be told of this moor. Famous for in 1746 in just 40 minutes thousands of men were brutally murdered and Bonnie Prince Charlies was defeated. This ending the Jacobite rebellion. Here whilst walking across the moor particularly at dusk there are rumours you can hear the clanking of swords, the roar of men and there has been many a sighting of a Highlander who patrols the area. Be sure to let us know on your return if you spot anything on your visit. 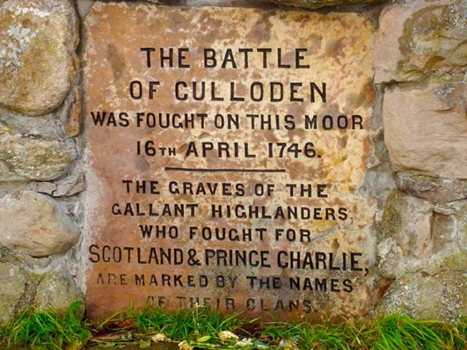 Orkney is hugely popular for so many of our customers. So it’s no surprise you wont have to look far to find some eerie haunts. Skaill house is built upon a Neolitich settlement at Skara Brae. The rumour here is that it is built upon a burial ground from Pictish times. There have been lots of sightings of ghosts in empty rooms and the strong smell of cigarette smoke blowing into visitors. The Laird himself has reported footsteps which frightened his dog. There is beliefs that this is a man by the name of Ubby, he is rumoured to have died here and haunts the wing where he lived. The saying skeletons in the closet certainly is true here. During the preparation for the house opening there were no fewer than 15 remains found, these dated back to Norse times. Many of these remains were carefully replaced back and remain there to this day.

St Andrews Cathedral is a popular tourist attractions over in Fife. Here the ruins are rumoured to be haunted by 2 people. A monk and the white lady, for over 200 years there have been reported sightings of both these gliding through the grounds and then disappearing at the tower. The story here is that when they were repairing the tower, they opened a sealed chamber where there were coffins and thus where the monk and the white lady came from (one coffin contained a well preserved young lady wearing white gloves). There are wonderful walks around this area both here and further down the coast towards Crail and Anstruther.

The Tay Bridge located in Dundee stands today as one the most catastrophic engineering disasters in Scotlands history. On the 28th of December 1879 there was a big storm which caused the damage to the central part of the bridge. The bridge collapsed while a passenger train was passing over, everyone who was on board sadly died. There is rumour here that on the anniversary of the train disaster that the train itself can be seen passing over the waters then falling into the water. The pillars of the original bridge remain in the water and serve as a stark reminder of the disaster here and the lives lost. 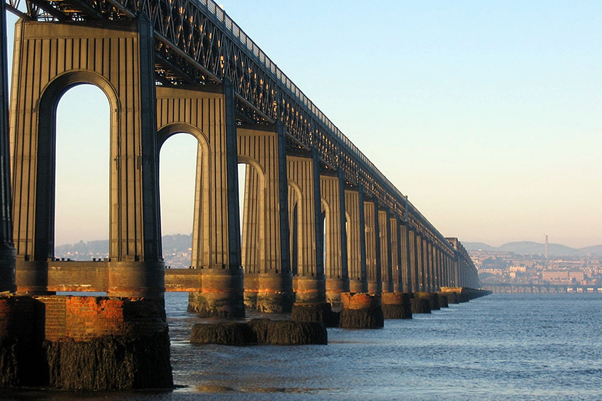 Dunnottar Castle is famous not only for its visitors but also the hauntings that have happened here. There are many sightings reported here including a young lady looking for her children, chattering coming from the halls, ghostly dogs and a man in military wear. Have a visit and see if you can spot any of these or add some new ones. Be sure to keep us posted of any findings! 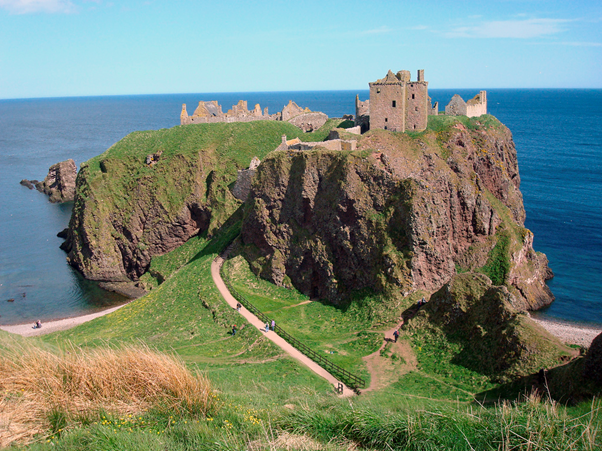 Greyfriars Kirkyard has been described as scary, creepy and haunted. All of the above will be of interest to you if your after a spooky trip. This Graveyard has been used in the Harry Potter Films, this was the inspiration behind Lord Voldemort, Thomas Riddell is laid to rest here. Here there is also the rumours of the Poltergeist who left people fainting on Ghost Tours here he has been named as Sir George Mackenzie. Here is it rumoured that his grave was broken into by a homeless man and since then he has enjoyed frightening people in a playful manner ever since.

Culzean Castle location is eerie enough lurking aside the sea on the rugged cliffs. It is the rumour here that on stormy nights the noise of bagpipes can be heard playing. There have been sightings of a lady in a ball gown and also of a servant girl. The Castle was also located to horror film The Wicker Man for those who were fans.

There are many eerie places to visit in Scotland. Filled with rumours, tales and horror. Whilst you explore the history of our beautiful home take some time to note the history and even try to spot some creepy Ghouls on your travels. If your easily scared make sure you take someone with you, we highly recommend the ghost tours in Edinburgh prior to joining us at Scottish Tourer. The bonus of hiring a motorhome with us is that you can visit many of these places all in one trip! For more information and how to book please head over to our main website at www.scottishtourer.co.uk