The beautiful Italian Chapel in Lamb Holm, Orkney was built in World War 2 by Italian prisoners of war.  Following the sinking of HMS Royal Oak by a German U-boat U-47, the HMS Royal Oak lost 833 crew, she was lying in anchor at Scapa Flow when the German U-boat U47 launched a torpedo attack and then slipped away undetected.

It was identified there was a need for better defences, Winston Churchill authorised the building of the of causeways that linked the south Isles with the  mainland of Orkney.  In 1942 Italian prisoners of wars were shipped into help with the building project and 2 camps were established on the Island of Lambholm and Burray. 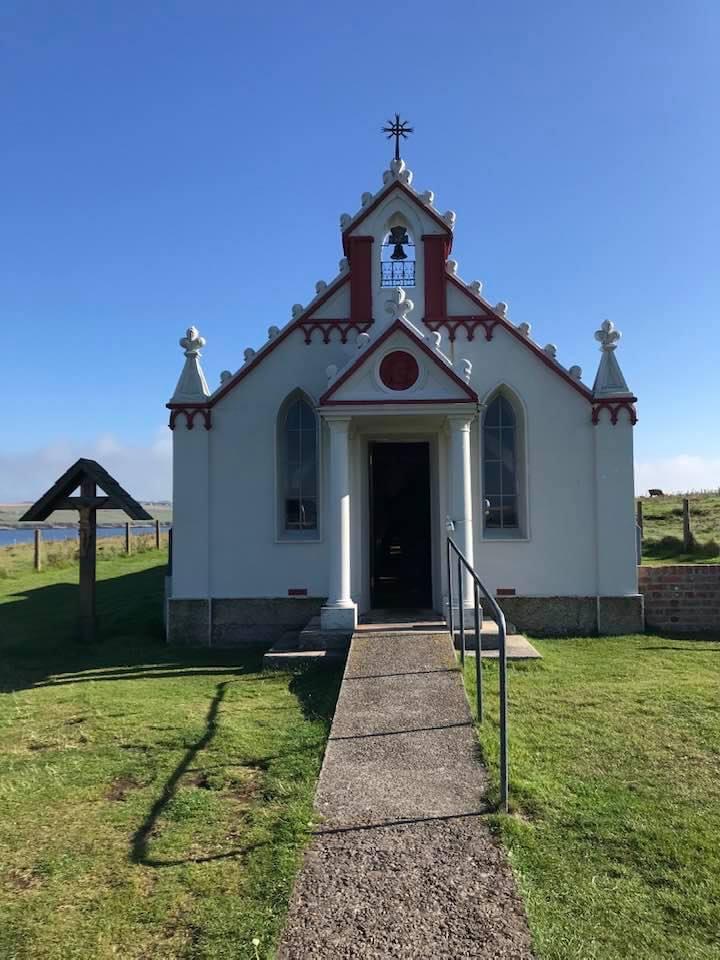 In 1943 when Italy capitulated the allies, there was a call for the Italian prisoners of war to be given more freedoms, one of which was a proper place of worship and with a little built of persuasion, they were given permission to build the chapel on Lamb Holm.  They were given 2 Nissan huts which were joined end to end allowing them to work to convert in to there place of Worship, all the work carried out on the chapel was done in the prisoners own time. 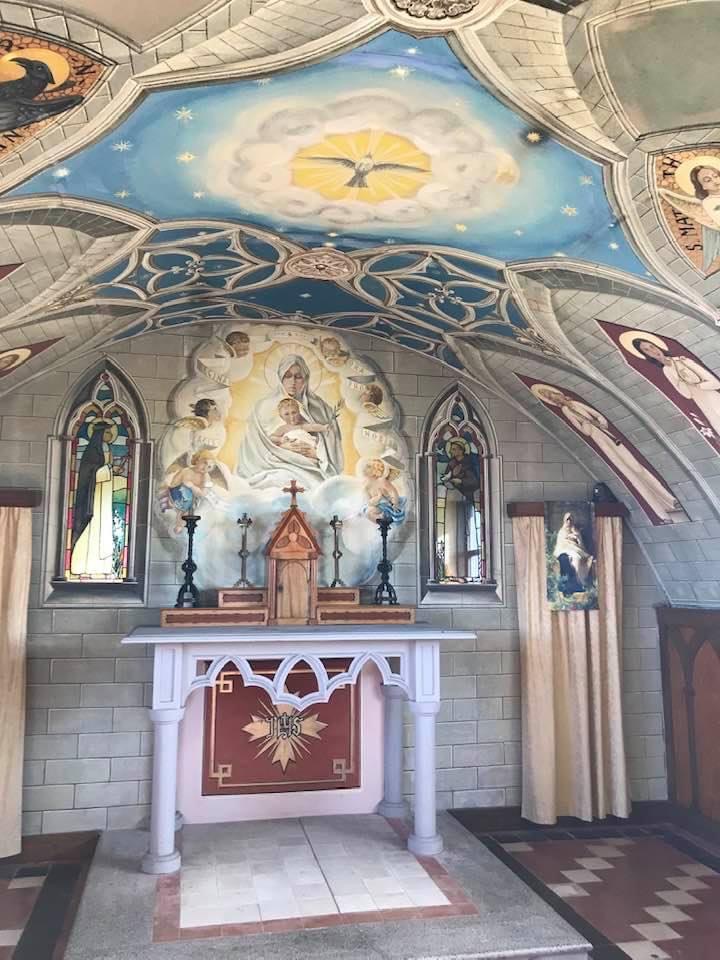 The men worked to plasterboard one end of the hut – known as the sanctuary, from concrete they were able to create an alter, alter rail and holy water stoop, following on from the success of the sanctuary it was felt the entire chapel should be lined and then the work began to paint the interior with brick work effects, carved stone, vaulted ceilings and buttresses.  Frescos of angelic figures, stained glass windows, an alter piece reflecting the Madonna and child with cherubs around her.  The materials for the decorations and accessories were all scrap material that they sculpted and used to their own merit.

There were many that played a role in creating the chapel, but it was the work and enthusiasm of Domenico Chicchetti that created the much-loved Italian Chapel.  What an amazing achievement when you think it was built by hand by prisoners of war in their own time using whatever scrap could find – a must visit if you are planning to visit the Orkney.

← The Forth Road Bridges & Queensferry Crossing Edinburgh The Balmoral Cairns→