A lot of our customers start their journey travelling through Edinburgh and we are often asked for suggestions of places to visit enroute to collect the motorhome, for those customers coming via Edinburgh i would highly recommend Rosslyn Chapel.

Rosslyn Chapel at Edinburgh is the most amazingly beautiful carvel chapel – it is a truly breath-taking visit. Rosslyn chapel was founded in 1446 as a place of worship and still to this day weekly services take place.  The chapel has been restored a few times throughout its history the latest being in 1995 where a major conservation project was undertaken to restore and preserve the chapel for future generations.  The chapel has been increasingly popular destination to visit following on from the 2003 DaVinci Code where the chapel was used as a film location. 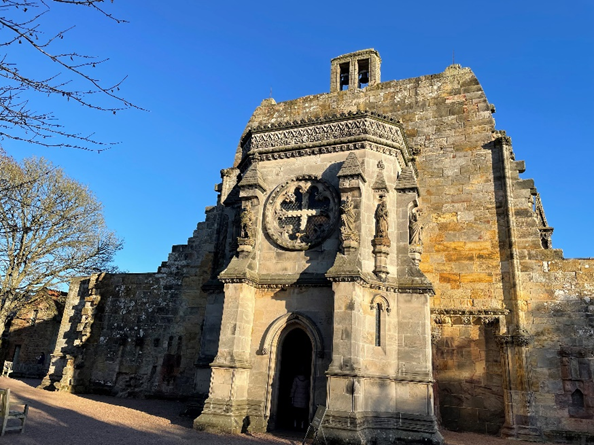 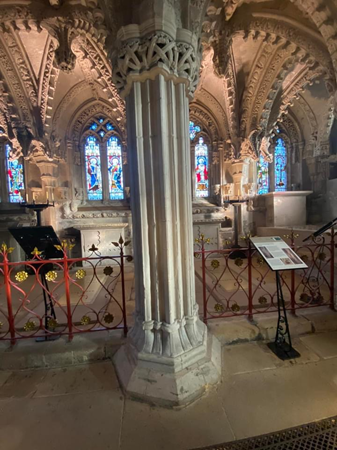 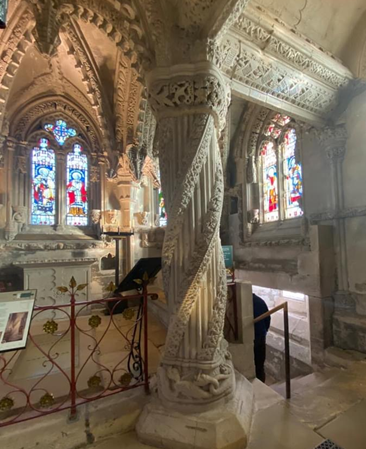 The story is of the master mason and his apprentice, the Master Mason was carving the left pillar, before attempting to carve the pillar on the right, he decided to travel to Europe to seek inspiration from similar designs as he was dissatisfied with the pillar he had created. In his master's absence which was said to be a few years, the apprentice driven by a vision of the pillar, carved the pillar himself - the results of which you see today.

The carving of the Apprentice Pillar is significant because it appears to combine two theory’s one is that it represents the mythical tree of life which is a source of eternal and infinite life and the second theory is that the eight carved dragons winding around its base, is Scandinavian mythology that the dragons live at the roots of the Yggdrasil tree, an ash tree which bound together heaven, earth and hell with its branches.  The precise meaning is unknow and has teased many people over the last 500 year. 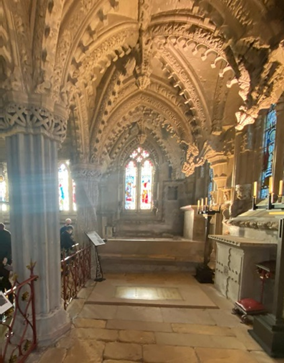 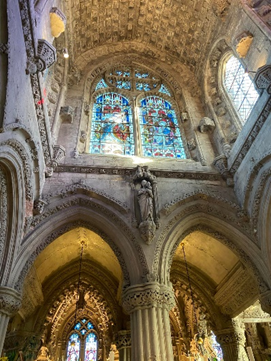 The beauty of this building is not just inside but outside also, the gargoyle drainpipes designed in such a way to protect the buildings features, when renovating they found inside beehives hidden within two of the hollowed pinnacles, Rosslyn Chapel is definitely worth a visit to experience the workmanship of the master masons, this is a truly remarkable building. 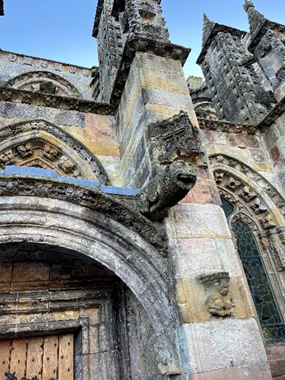