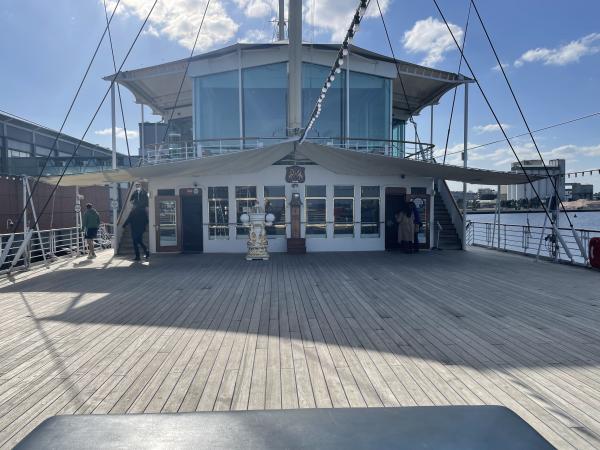 If you are lucky enough to be staying in Edinburgh before or after your motorhome road trip or maybe you’re staying in Edinburgh with the motorhome.  I would recommend a trip to the Royal Yacht Britannia, I thoroughly enjoyed learning more about the yacht and how Queen used her to faciliate her work as well as how she was able to enjoy some time off from her duties and enjoy spending time with her family.

Britannia is one of the most famous ships in the world, she was launched from the John Brown and company shipyard at Clydebank in Glasgow on the 16th of April 1953 and for over 44 years the yacht sailed 1 million nautical miles on 968 state visits. Britannia was an ambassador for British business’s promoting trade and industry around the world.  She provided residence for the queen when attending state visits and official receptions, she was also used for celebrations Prince Charles and Dianne (amongst other Royals) took their honeymoon sailing around Gibraltar, the royal family feel they can truly relax on Britannia away from the prying eyes of the world’s media. 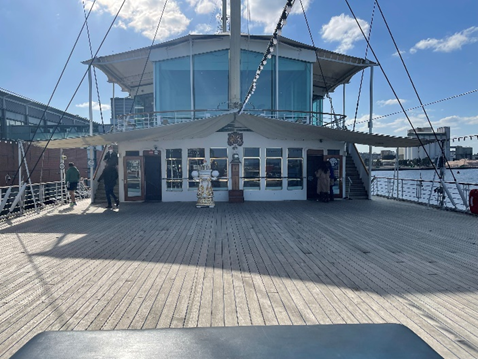 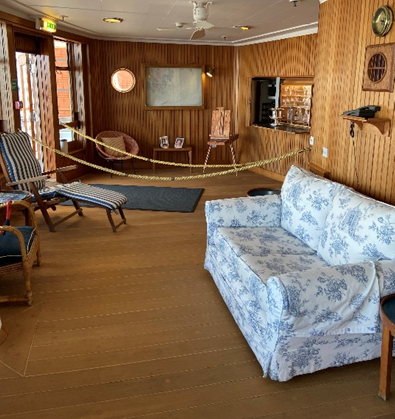 Verandah Deck used as a reception area as well as a games area.         The sun lounge where the Queen enjoyed breakfast and afternoon tea

In her 44 years of service, she has sailed 1 million nautical miles and had 250 crew members, she was built and designed as a royal residence to entertain guests all around the world. Famous around the world for her ability to host state receptions and banquets, guests such as Sir Winston Churchill, Nelson Mandela, Ronald Regan, and Rajiv Gandhi were all welcomed on board to experience the grandeur the same as that of being at any of her Majesty’s palaces. 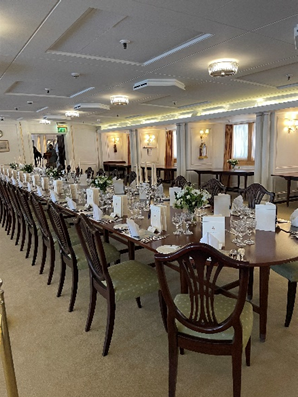 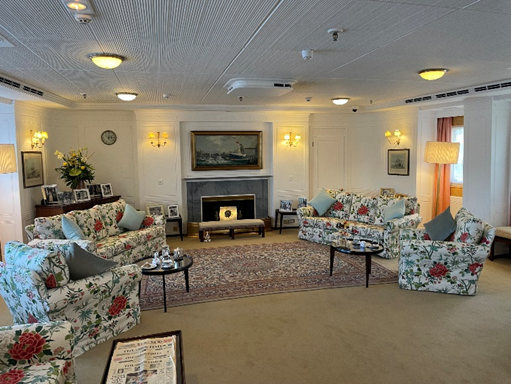 Decommissioned in 1997 it marked the end of a tradition of Royal yachts, some of the furniture found around the royal residence has come from other royal yachts like that of the Victoria and albert III.
The Living quarters for the sailors compared to that of the state and royal residences is quite different there is no opulence and elegance, the men live in cramped conditions, when a sailor became a Royal Yachtsman on Britannia he was taking on a royal navy role quite like no other, men were cherry picked to strive nothing but perfection and each sailor choose the role for the privilege and honour of serving the Queen and country.  Being a royal yachtsman there was quite unique practises, to ensure tranquillity orders were given by hand signal, soft soled plimsoles were worn by sailors to reduce noise when they were at work and all work in the area of the royal apartments had to be completed by 8am, if they did bump into a member of the royal family they were to stand still looking straight ahead until they had passed. 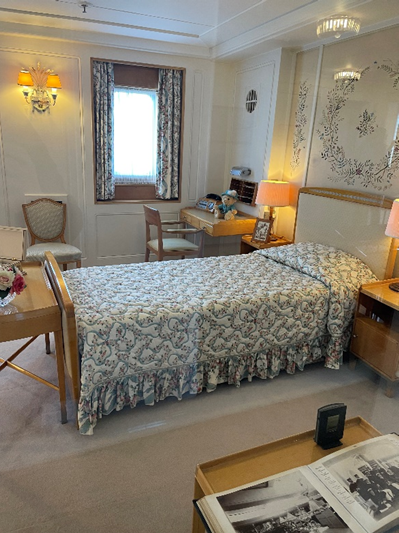 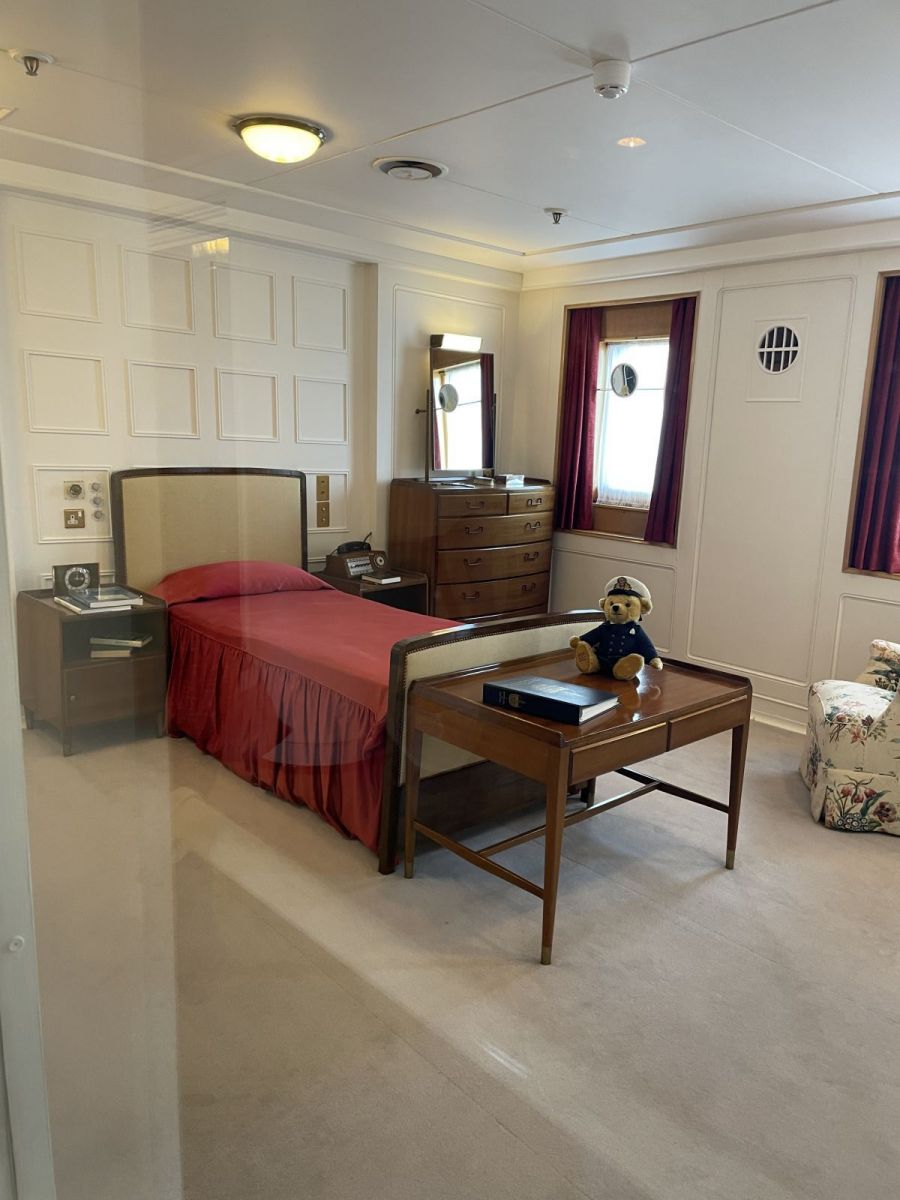 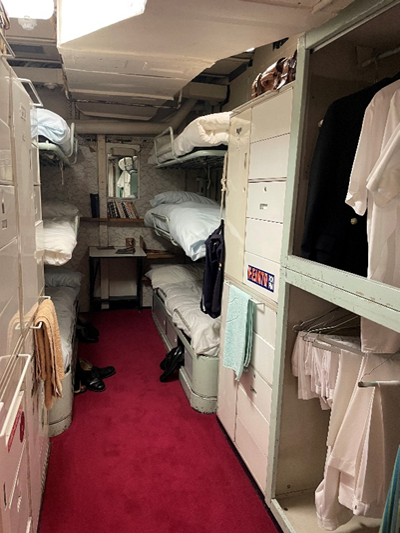 There is so much to see and do around Edinburgh, please see our other blogs for more ideas, we run a shuttle service that can collect you from the tram stop at ingilston or an airport hotel if you dcieded not to stay in the motorhome in Edinburgh, we will bring you directly back to Perth where you can collect the motorohme and start your adventure.

← Campervanning in Scotland: Everything You Need to Know Top 10 tips for motorhome living→